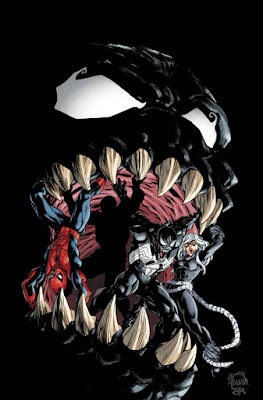 AMAZING SPIDER-MAN: VENOM INC. OMEGA #1
DAN SLOTT & MIKE COSTA (W) • RYAN STEGMAN & GERARDO SANDOVAL (A)
Cover by RYAN STEGMAN
Variant Cover by Gabriele DELL’OTTO
VENOM INC. Part 6
• The symbiotic super villain called Maniac has seized control of all of New York’s major crime families, and he’s now got his sights set on the entire city!
• To make matters worse, he’s also got a cadre of super villains under his symbiotic spell, and Spider-Man, Venom and their allies are the only things standing in their way!
• The final chapter of VENOM INC!
48 PGS./Rated T …$4.99

Posted By nwcomicgames at 6:36 AM