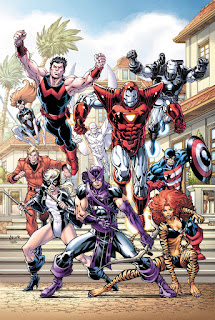 AMAZING SPIDER-MAN #794
DAN SLOTT (W) • STUART IMMONEN (A)
Cover by ALEX ROSS
AVENGERS VARIANT COVER BY  TODD NAUCK
THREAT LEVEL RED Part 1
• NEARLY ONE YEAR AGO Spider-Man hurled the dangerous madman called Zodiac a full year into the future.
• IN THIS ISSUE Spidey catches up to him, and Zodiac’s had a whole year to prepare for their rematch!
32 PGS./Rated T …$3.99 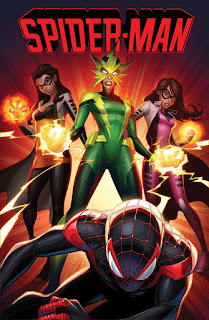 SPIDER-MAN #236
BRIAN MICHAEL BENDIS (W) • OSCAR BAZALDUA (A)
Cover by PATRICK BROWN
SINISTER SIX REBORN ParT 3
• The Bombshells are back together?!
• Lana has been through so much and has grown into a hero, but with her mom back in the equation, things look bad for her.
• Know who they look even worse for? MILES MORALES, SPIDER-MAN! And with Electro in the mix as well…?
32 PGS./Rated T+ …$3.99 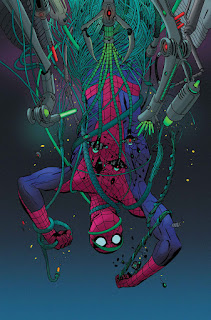 PETER PARKER: THE SPECTACULAR SPIDER-MAN #299CHIP ZDARSKY (w) • ADAM KUBERT (a)
COVER BY MARCOS MARTIN
Most Wanted ParT 3
• Tinkerer enlists the aid of his augmented allies to squash Spider-Man once and for all!
32 PGS./Rated T …$3.99
Posted By nwcomicgames at 6:37 AM