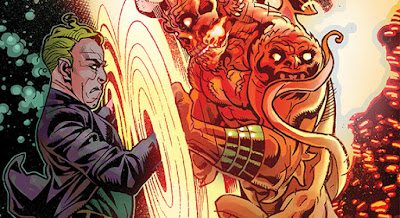 It's being reported that writer Phil Hester and artist Tony Harris' Blood Blister has been pulled from AfterSchock Comics' publishing schedule following delays.

Originally launched in January 2017, Blood Blister's last issue was #2 in May 2017 - three months after that issue's originally-solicited release date. A third and a fourth issue were solicited for January and February 2018, respectively.

Due to Harris' busy schedule, Hester even stepped in with plans to draw Blood Blister #3 but, according to the writer/artist, the market support wasn't there. Blood Blister #3's solicitation was cancelled by Diamond Comics Distributors in January 2018, with AfterSchock themselves cancelling orders for #4 earlier this week.

"Of course I'm bummed. We tried to make a go without Tony, but without his art the orders just weren't there," Hester told Newsarama. "I love the story and am working with AfterShock on a way to bring it to readers."

“As much as we love this series and its’ creators, it has had a difficult time maintaining a schedule for various reasons," a AfterShock spokesperson told Newsarama. "As a result, the decision was made to pull it off the schedule until we can determine what the best course of action is in regards to finishing out this series.”
Posted By nwcomicgames at 8:41 AM