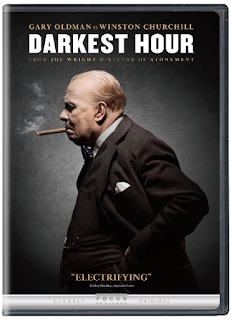 Darkest Hour (2017)
Language: English
Genre: Drama/War
MPAA rating: PG-13
Director: Joe Wright
Actors: Gary Oldman, John Hurt, Kristin Scott Thomas
Plot: Mere days after becoming the new Prime Minister of Great Britain, Winston Churchhill faces one of his most daunting and defining trial: as Nazi Germany subjugates Western Europe, Great Britain is clearly in its sites. An unprepared public, a skeptical king and with his own party plotting against him, Churchill will have to figure out how to rally his nation, and, in doing so, change the course of history. 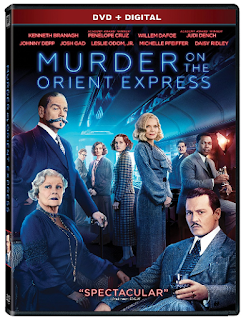 Murder On The Orient Express (2017)
Language: English
Genre: Drama/Mystery
MPAA rating: PG-13
Director: Kenneth Branagh
Actors: Kenneth Branagh, Johnny Depp, Michelle Pfeiffer
Plot: Based on the classic murder-mystery from Agatha Christie - a lavish train ride for the well-to-do turns into something much more when a murder occurs. Thirteen strangers - one culprit and one dashing investigator, Hercule Poirot - everyone claims their innocence but the truth will come out - but will it be soon enough before another murder?
Posted By nwcomicgames at 7:03 AM