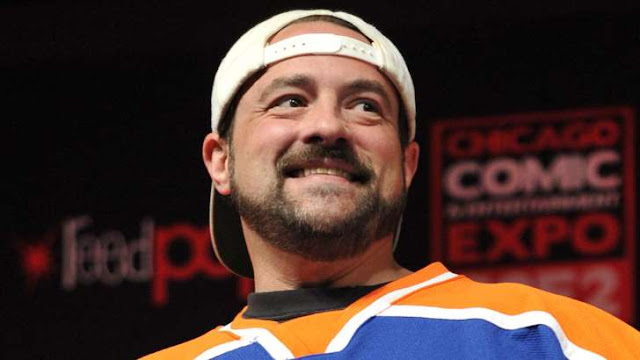 Kevin Smith (“Clerks”) has told fans on Twitter that he suffered a massive heart attack and would have died if he had not canceled a comedy special and gotten to hospital for treatment.

“After the first show this evening, I had a massive heart attack,” Smith wrote on Twitter in the early hours of Monday morning, with an accompanying picture of him in a hospital bed.

“The Doctor who saved my life told me I had 100% blockage of my LAD artery (aka “the Widow-Maker”). If I hadn’t canceled show 2 to go to the hospital, I would’ve died tonight. But for now, I’m still above ground!,” he said.

Smith, 47, had performed a standup show Sunday night and was due to perform again, but ended up seeking medical help.

We here at Northwest Comics & Games hope Kevin Smith has a good recovery!
Posted By nwcomicgames at 7:10 AM