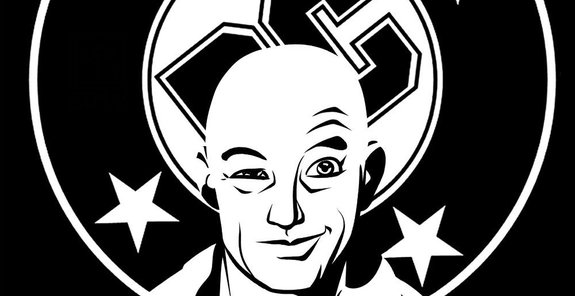 Three months after the announcement was made that Brian Michael Bendis was leaving Marvel Comics after 18 years to sign a multi-year, "multi-faceted" exclusive deal with DC Comics, the writer has gone in-depth on his final projects at Marvel and about the change-over.

"I know people are tuning in to hear me say something bad about Marvel, but I gotta say there's no drama or gossip," Bendis said on John Siuntres' Word Balloon podcast. "I heard both company's plans for the future and they're both very good. There's more that I can accomplish with what DC was offering. There's more partnership involved. A deep partnership that Marvel, you know... they're not in that business right now."

Bendis said that Marvel's executive editor Tom Brevoort offered him several "big projects" including Deadpool and Wolverine before he decided to leave, but the writer declined.

"Tom was being ambitious, but it felt like the mountain had already been climbed."

"C.B. Cebulski being named Editor-in-Chief at Marvel brings me such joy, but I'm not part of it," Bendis said. "I do know with C.B. there, what I helped build with Marvel will be maintained and thrive. What else could I ask for?"

Bendis did admit he had concern that leaving Marvel would affect his personal friendship with Marvel's Joe Quesada, but it turned out good.

"It was sad to write to my friends at Marvel that I had to go, because they're still my friends," said Bendis. "I was worried about my relationship with Joe because Joe is awesome. There was nothing to worry about. We're great."

Bendis framed his decision to leave Marvel for DC as "stirring of the pot," and something the industry needed more of.

"I am of the unpopular belief that DC and Marvel are not in competition. They're in the same business keeping the medium alive... friendly competition will bring great products," said Bendis. ""It did feel to me that [the comic book industry] needed some more of this stirring of the pot right now, and if I got off my ass, maybe others will get off their asses which seems to be going on and that makes me happy."

Bendis' final Marvel issue for the time being will be May's Invincible Iron Man #600, with his DC exclusive beginning with a story in April 18's Action Comics #1000.
Posted By nwcomicgames at 9:45 AM