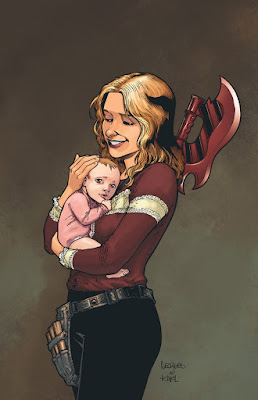 It’s one year later, and the lives of Buffy and the Scoobies haven’t been too eventful for a while—at least as far as fighting demons and the forces of darkness are concerned. But that’s all about to change when Dawn and Xander’s housewarming party is interrupted by some familiar faces bringing news of familiar foes from the future. Can you say Harth . . . and Fray?
Posted By nwcomicgames at 7:36 AM