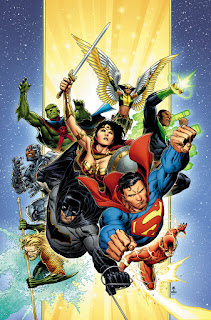 JUSTICE LEAGUE #1
Written by SCOTT SNYDER • Art by JIM CHEUNG and MARK MORALES • Cover by JIM CHEUNG • Variant cover by JIM LEE and SCOTT WILLIAMS • Blank variant cover available
Retailers: This issue will ship with two covers. Please see the order form for details.
“THE TOTALITY” part one! A brand-new era begins here! Comics legends Scott Snyder and Jim Cheung launch the Justice League into a cosmos-shaking mystery that will draw out their most terrible foes…in ways our heroes couldn’t possibly imagine! In this debut issue, Martian Manhunter struggles to protect the team from an incoming threat that will shatter the world as they know it, while a familiar face strikes out on a dark path…
On sale JUNE 6 • 32 pg, FC, $3.99 US • RATED T+ 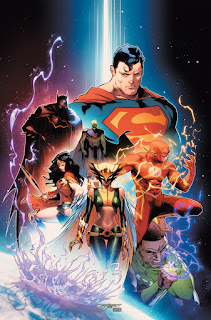 JUSTICE LEAGUE #2
Written by SCOTT SNYDER • Art and cover by JORGE JIMENEZ • Variant cover by JIM LEE and SCOTT WILLIAMS
Retailers: This issues will ship with two covers. Please see the order form for details.
“THE TOTALITY” part two! The League faced an impossible decision…and now they must face the consequences! While Martian Manhunter and Batman attempt to recruit an old ally back into the fold, The Flash and Hawkgirl are blindsided by new challenges that could rewrite their mythologies!
On sale JUNE 20 • 32 pg, FC, $3.99 US • RATED T+
Posted By nwcomicgames at 7:35 AM