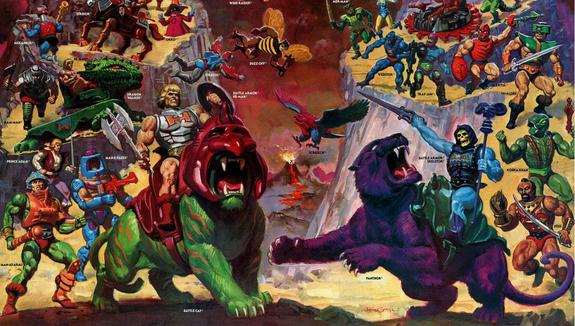 Band of Robbers directors Adam and Aaron Nee have been hired to direct Sony's He-Man & the Masters of the Universe film, according to Variety.

The film will be based on a script by writer David S. Goyer, who will also executive produce the film. Masters of the Universe is based on the popular 1980s toyline that revolved around He-Man and his arch-enemy Skeletor.

He-Man & the Masters of the Universe is scheduled for a December 18, 2019 theatrical release.

Posted By nwcomicgames at 7:20 AM