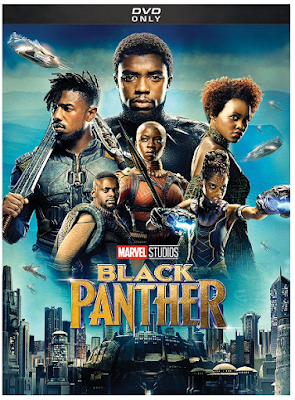 Black Panther (2018)
Language: English
Genre: Action/Fantasy
MPAA rating: PG-13
Director: Ryan Coogler
Actors: Chadwick Boseman, Lupita Nyong'o, Michael B. Jordan
Plot: Following the death of his father, T'Challa returns home to the advanced nation of Wakanda in order to take the throne and rule his land. But he soon finds that forces from both outside and within his country conspire to bring ruin and drag Wakanda in to a new world war. But with the power of the Black Panther, along with help from CIA agent Everett K. Ross and the Dora Milaje - Wakanda's special forces, T'Challa will stop at nothing from saving his homeland - and his father's legacy.
Posted By nwcomicgames at 10:03 AM