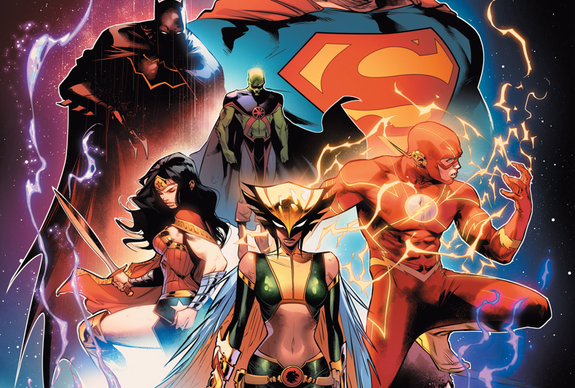 Most fans of the Flash know the Scarlet Speedster is powered by the Speed Force, but what fans (and Barry Allen himself) don't know, is that it has an opposite - the Still Force, an cosmic force powered by entropy.

"The Still Force is an energy in the universe that's trying to slow everything down entropically, trying to stop everything, trying to bring everything to a standstill," Snyder explained to Den of Geek. "And it has its own characters, it has its own figures that are connected to it who might not even know they are. And it's a complete enigma to Barry at this point .One of Barry's greatest villains, Gorilla Grodd, might have a leg up on him when it comes to figuring out how to control this thing."

On that note, the core League won't be the only ones undergoing these kind of revelations. Snyder's Justice League will connect several other spin-off and existing DC teams - including one that has not been revealed yet.

Snyder doesn't specify if the team he refers to will be a brand new DC team, or an existing franchise that will connect to the Hall the way the Titans and Teen Titans will.

Justice Society anyone? ( I think not)

Justice League #1 is due out on shelves June 6.
Posted By nwcomicgames at 6:59 AM