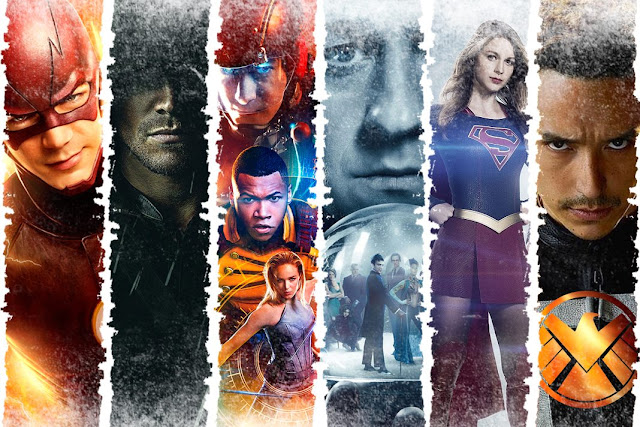 The CW's year of programming might be winding down, but it sounds like fans won't have to wait too long to find out what's next for their favorite shows. As part of the network's annual Upfront presentation, The CW announced their upcoming scheduling for the fall 2018 season.

The biggest takeaways here are probably for DC Comics fans, as the show's five DCTV shows have reshuffled quite a bit. Supergirl will kick off the network's expansion into Sundays, moving from the Monday night time slot it has held for three years. And Mondays and Tuesdays will now see a double dose of DCTV, as Arrow moves to Monday nights following DC's Legends of Tomorrow, and Black Lightning returns to follow The Flash.

Outside of that, comic book/genre fans can look forward to Riverdale maintaining its Wednesday at 8/7c timeslot, which will be followed by the Greg Berlanti-produced All American. Thursday will see Supernatural holding its Thursday spot, followed by the Originals spinoff Legacies. And the network's upcoming Charmed reboot is set to debut on Sundays at 8, following new episodes of Supergirl.

There's no telling exactly what all of these shows will actually debut, but more information will probably come out in the near future. And it sounds like today's Upfronts event could include even more surprises, according to Arrow star Stephen Amell.

"I'm gonna be in New York on Thursday for The CW's Upfronts." Amell explained at a convention last weekend. "And I get to make a really fun announcement. And The CW is just so freaked out that I'm going to spoil it at some point during this panel."

The network has a pretty full slate of shows going into the 2018-2019 season, with several other fan-favorites still being held until midseason. These include the Vertigo Comics adaptation iZombie, The 100, and a new reboot of Roswell, New Mexico.
Posted By nwcomicgames at 9:29 AM