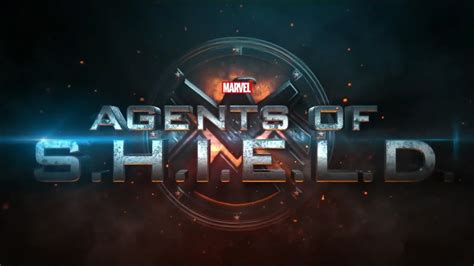 Agents of S.H.I.E.L.D.'s season finale last Friday ended in tragedy for several S.H.I.E.L.D. agents, but didn't line up with the ending of Avengers: Infinity War in which half the universe was apparently wiped out by Thanos.

Spoilers ahead for Agents of S.H.I.E.L.D.

Last week's Agents of S.H.I.E.L.D. season finale ended with Agent Coulson having only days left to live after a cure for his ailment was used instead to defeat Graviton. Coulson is last seen being dropped off in Tahiti - the actual one, this time - accompanied by Melinda May, to seemingly live out his final days. The show also killed a future version of Agent Fitz, while the present day Fitz remains in cryogenic stasis.

Showrunners Jed Whedon, Maurissa Tancharoen, and Jeffrey Bell discussed the finale with Entertainment Weekly prior to the show's eventual renewal for a sixth season, explaining why the show diverged from the ending of Avengers: Infinity War.

"There’s some of that we can’t answer," Jed Whedon explained, while Jeffrey Bell was more direct, saying "Part of what happened was, they changed the release date. And we move at a different schedule than they do and so suddenly everything was a week earlier, and so we had to make some adjustments and that’s how we end up with our story."

But beyond that, Whedon said there were "story points" Agents of S.H.I.E.L.D. could not incorporate in a satisfactory way.

"And the other thing is that there’s certain story points that are so - there would really be no way for us to address it and keep our show intact," Whedon explained. "Given that there’s another movie coming out, and there’s gonna be constant repercussions of their universe, so what we felt was that the safe play for our story, and for the integrity of our universe, was to operate outside of it."

"Also the timeline is a little bit fudged in that we assume that the last couple of episodes of our show take place during Infinity War. We’re running in a lot of real-time at the end of the season... so we sort of thought of it as these events are still ongoing as our season ends."

As for the fates of Clark Gregg's Agent Coulson and Iain De Caestecker's Agent Fitz, Whedon was careful to spell out that there are "loopholes" that could allow either character to return for the show's next season.

"What we do think is that there’s an emotional impact with everything that happened this season and we would never wanna undercut that," Whedon said. "That being said, our show’s founded on a man who had been killed in the movies, and Clark Gregg is the foundation upon which our show is built. So, it’s a good question and one we’ll hopefully get to answer by having another season."