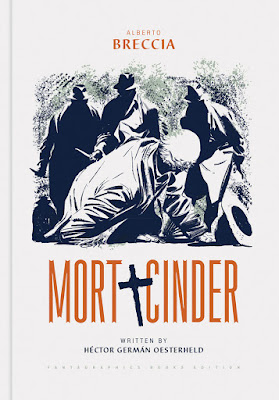 MORT CINDER
By Hector German Oesterheld and Alberto Breccia
$29.99 / HC / 224 pgs / BW / 8 x 10
The great Alberto Breccia, in collaboration with the Argentine writer Hector German Oesterheld (The Eternaut,) present Mort Cinder, a horror story with political overtones that follows the wanderings through time of a man who rises from the grave each time he is killed, bearing witness to the darkest sides of humanity. American comics creators such as Frank Miller (300, Sin City) and Mike Mignola (Hellboy) owe Breccia a great debt; these horror-adventure tales are as thrilling, dread-inducing, and accessible as when they were created a half a century ago.
Posted By nwcomicgames at 8:28 AM