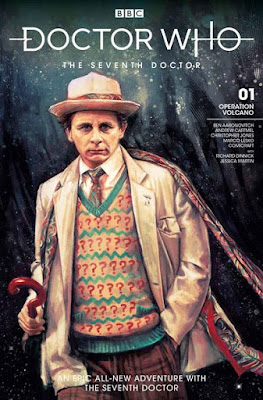 Doctor Who 7th #1 (of 4) $5.99 Titan Comics
From the writers of the fan favourite episode Remembrance of the Daleks, Andrew Cartmel and Ben Aaronovitch (Rivers of London) which celebrates it's 30th anniversary in 2018! Brand new comic adventure featuring the Seventh Doctor as played by Sylvester McCoy and Ace as played by Sophie Aldred! Includes short back-up strip, written by Richard Dinnick (Twelfth Doctor) with art by Jessica Martin (Doctor Who Actress)
Posted By nwcomicgames at 7:04 AM