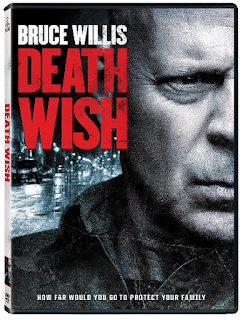 Plot: When an act of violence destroys his family, a mild-mannered father transforms into a killing machine with nothing but revenge on his mind. 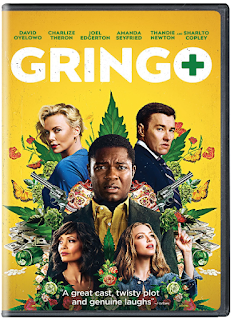 GRINGO (2018)
Language: English
Genre: Action/Comedy
MPAA rating: R
Director: Nash Edgerton
Actors: Charlize Theron, David Oyelowo, Joel Edgerton
Plot: A seemingly mid-mannered businessman travels to Mexico for deal only to find himself in the middle of an increasingly more dangerous, and illegal, activities. With back-stabbing partners back home, angry drug dealers nearby and a conflicted black-ops mercenary close behind - survival becomes the name of the game, but is he truly the victim or the mastermind? 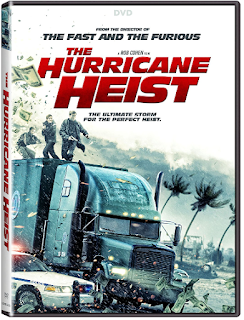 The Hurricane Heist (2018)
Language: English
Genre: Action/Thriller
MPAA rating: PG-13
Director: Rob Cohen
Actors: Toby Kebbell, Maggie Grace, Ryan Kwanten
Plot: With a Category 5 hurricane about to hit, a team of thieves comes up with a daring plan to rob a Mint facility in the middle of the storm.
Posted By nwcomicgames at 7:15 AM