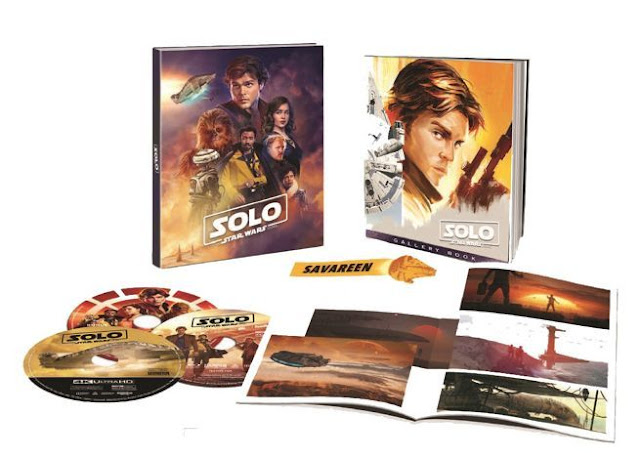 Solo: A Star Wars Story may have been a box office disappointment for Disney and Lucasfilm, but we wouldn’t be surprised to see this enjoyable film get a new lease on life when it hits Blu-ray and digital. That having been said, Target and Best Buy already have their exclusive Blu-ray releases up and running for pre-order, and they appear to be packed with goodies.

First up we have Target’s exclusive, limited edition 4K Ultra HD release, which includes a 40-page “filmmaker gallery and storybook” along with a bonus disc. Details on what that disc contains have not been revealed, but interested parties can secure one right here, right now for $32.99. However, if you happen to be a Target REDcard holder, there’s another option that might be even more intriguing...

The Target REDcard exclusive edition of Solo: A Star Wars Story is available in standard Blu-ray and 4K UHD Blu-ray varieties, and comes bundled with a limited edition Millennium Falcon Metal Model Kit. The 4K exclusive is said to include “a filmmaker gallery and bonus content.” The 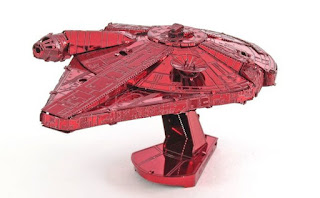 Again, these limited edition bundles can only be purchased if you’re a REDcard member, which is basically their equivalent of an Amazon Prime card. If you shop at Target frequently, the REDcard is definitely worth getting.

As always, Best Buy is swooping in on the action with an exclusive SteelBook 4K UHD edition of Solo: A Star Wars Story that can be pre-ordered here for $34.99. The edition appears to include the same two Blu-ray set and bonus disc as the Target exclusive edition, albeit with a pretty sweet-looking Millennium Falcon steel cover. 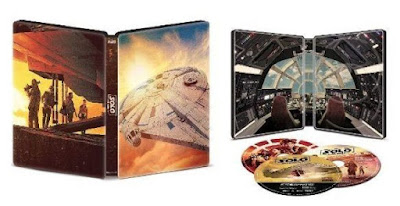 If you aren’t interested in any of the exclusive editions of Solo: A Star Wars Story, your best bet is to wait for the Amazon listing to begin taking orders. Target and Best Buy are both accepting pre-orders for the standard Blu-ray and 4K UHD editions, but Amazon usually arrives late to the party then drops the price - after which everyone else follows suit.

A release date for Solo: A Star Wars Story on Blu-ray and digital hasn't been announced yet, but we expect that to change very soon. Stay tuned.
Posted By nwcomicgames at 8:10 AM