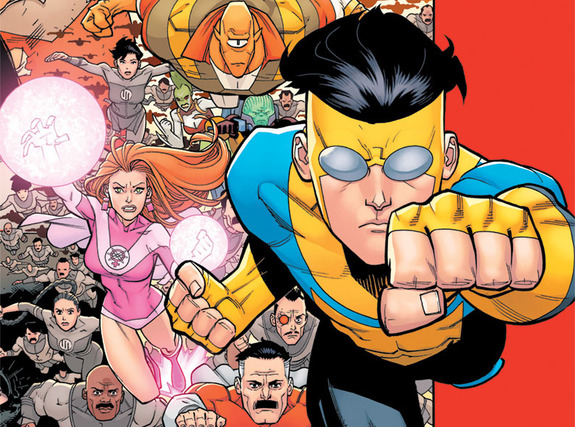 Robert Kirkman, Cory Walker, & Ryan Ottley's Invincible will be adapted to an animated series by Amazon as part of Kirkman's overall development deal with the online retailer and media conglomerate, according to Deadline.

Teen Titans' Simon Racioppa will serve as Invincible's showrunner, while Kirkman himself will act as one of the show's executive producers.

“I couldn’t be more proud of the series Cory Walker, Ryan Ottley and I did together for over 15 years,” said Kirkman. “To know our characters will live on in multiple iterations in other media is almost too exciting to bear! What Amazon is allowing us to do in animated form is nothing short of ground-breaking, and I can’t wait for our rabid fan base to experience it!”

“Robert has an uncanny talent to predict the zeitgeist, and we are incredibly excited to see him break boundaries in an animated one-hour format,” added Sharon Yguado, Head of Scripted Genre Programming, Amazon Studios. “In a world saturated with superhero fare, we trust Robert to subvert expectations while encapsulating a story filled with heart and adrenaline. We love his ambitious plan for the show and believe it will look like nothing else on television.”

A film adaptation of Invincible from Seth Rogen and Evan Goldberg was announced in April 2017. It's unclear whether these projects are being developed simultaneously. No projected premiere date for Invincible was announced.
Posted By nwcomicgames at 7:55 AM