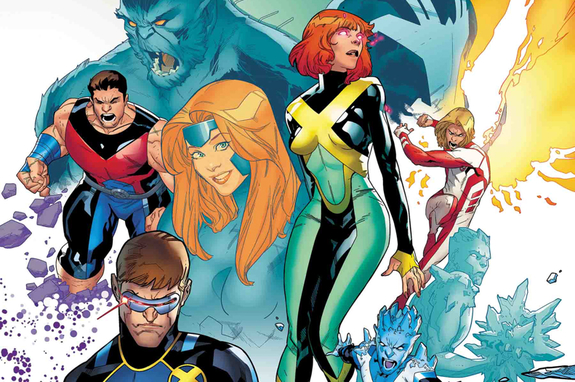 Well, comic book fans, looks like X-Men Blue and X-Men Gold will end in September, as announced in Marvel's September solicitations. The two titles will each conclude with #36.

X-Men Blue has followed the adventures of the time-displaced original X-Men, while X-Men Gold has been a primary title for the X-Men's core roster. With their cancellation, Marvel's remaining X-Men team books include Astonishing X-Men, X-Men Red, and Weapon X.