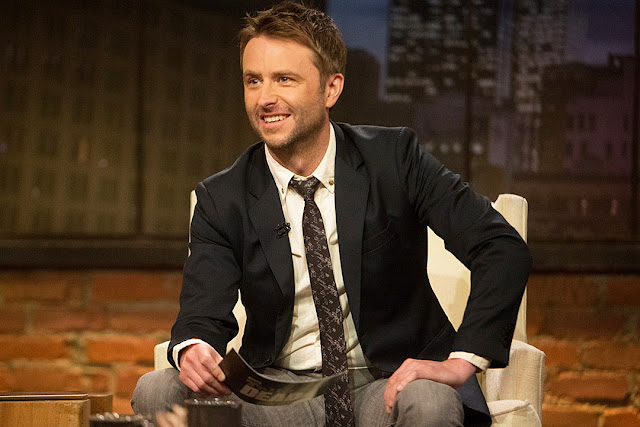 One day after allegations of abuse and blacklisting were levied against Chris Hardwick, NBC released a statement about the media personality, who hosts the game show The Wall.

The Wall was recently renewed for a third season on the network, but that show's future could be in jeopardy as NBC assesses the claims made by actress Chloe Dykstra. Read NBC's statement below:

"These allegations about Chris Hardwick took us by surprise as we have had a positive working relationship with him. However, we take allegations of misconduct very seriously. Production on ‘The Wall’ does not begin until September, and in the meantime we are continuing to assess the situation and will take appropriate action based on the outcome."

Hardwick has served as the host of The Wall since it began. The show is produced by NBA superstar LeBron James, a prominent advocate for women's rights.

NBC's uncertainty on the future of The Wall and Hardwick's involvement is the latest development after Dykstra posted a detailed post on Medium about her abuse, though she never directly names Hardwick directly. The essay, called "Rose-Colored Glasses: A Confession," recounts how Dykstra endured anorexia and depression because of her abuse, and alleges she was blacklisted after the subsequent breakup.

After the post went viral, AMC responded by removing Talking With Chris Hardwick from their TV schedule, and Hardwick will no longer host his scheduled panels for The Walking Dead or Doctor Who at San Diego Comic-Con.

"We have had a positive working relationship with Chris Hardwick for many years," read AMC's statement. "We take the troubling allegations that surfaced yesterday very seriously. While we assess the situation, Talking with Chris Hardwick will not air on AMC, and Chris has decided to step aside from moderating planned AMC and BBC America panels at Comic-Con International next month."

Hardwick has since responded to the allegations with denial.

"I was heartbroken to read Chloe's post," Hardwick's statement read. "Our three-year relationship was not perfect -- we were ultimately not a good match and argued -- even shouted at each other -- but I loved her and did my best to uplift and support her as a partner and companion in any way and at no time did I sexually assault her."

After the post was shared on the Internet, Dykstra thanked people for their support.

"I quietly posted an article today, unlisted on Medium. It clearly made the rounds," Dykstra wrote on Twitter. "I’m overwhelmed and I want to thank all of you for your support and kind words- they mean so much to me. I may take some time off the internet, please know your support means everything to me."
Posted By nwcomicgames at 7:56 AM