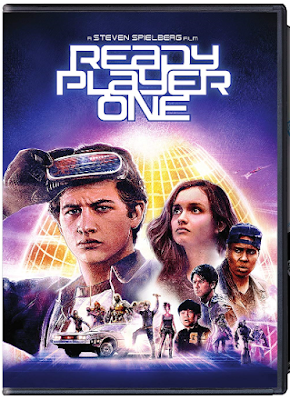 Ready Player One (2018)
Theatrical release: 03/29/2018
Language: English
Genre: Sci-Fi
MPAA rating: PG-13
Director: Steven Spielberg
Actors: Tye Sheridan, Olivia Cooke, Ben Mendelsohn
Plot: In the not-too-distant future the world has become stagnated and the "missing millions" generation finds release in a massive VR MMO called "The Oasis". When the billionaire founder of the game dies, it starts an in-game Easter Egg hunt, steeped in 80s pop culture, with the prize being his entire fortune and the future of Oasis itself. Young outcast Wade Watts finds himself in the center of the hunt, and with corporate-backed zealots willing to do anything for the prize, Watts will have to put everything on the line to win - and maybe change the real world for the better.
Posted By nwcomicgames at 7:24 AM