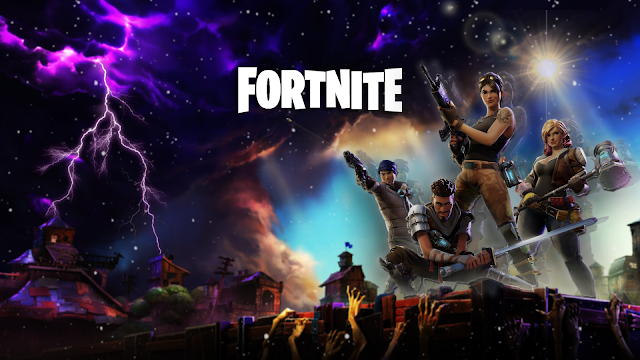 A new Fortnite video from the well-known leakers TwoEpicBuddies reveals a desert map for the battle royale game, but it’s not one that everyone can play on.


Most known for their typically accurate Fortnite Battle Royale leaks and predictions, TwoEpicBuddies unveiled a different project today by sharing a video of a “new” Fortnite map. The map is indeed new in the sense that it’s safe to assume nobody’s seen this version of the Fortnite map before, but it’s not actually an official map from Epic Games that many are expecting to get sometime in the coming seasons.

Rather, it’s the same map that everyone plays on all the time – it simply has desert textures applied to it. Though the appeal of seeing a new map might’ve caused many to skip right by the detail, looking at the image used in TwoEpicBuddies’ tweet below shows that it’s the normal map shown at an angle with a yellow desert tint applied to it.

t’s not just a creative construction of what the map might look like as a desert though since the leakers’ video shows that they’re actually playing on the map. They’re playing in a real game too with 100 players and the match proceeding as normal aside from the sandy textures and overall desert vibe that the “new” map has.

So how did TwoEpicBuddies pull off the map creation? It appears that the Fortnite leakers can now add modding to their list of expertise since textures from Save the World were transferred to the Battle Royale map. The other game mode has a desert map where these sandy textures apparently came from which explains why only the ground and nothing else has been changed. From watching the video above, you’ll see that the players are still encountering the same old trees, grass, buildings, and locations such as Anarchy Acres, Tilted Towers, and more. There’s nothing else new about the map besides the textures, though it does give an interesting look at what a desert map might look like.

Though the video proves that it’s possible to create your own versions of the Battle Royale map, it probably isn’t a good idea to try that on your own. Epic Games has measures in place to prevent players from messing with Fortnite’s files too much, so it seems that TwoEpicBuddies have found a way to bypass this. It sounds like it’d be a ban-worthy offense if anything, so if you value your Fortnite account, it’s likely best to just take in the video and wait for an official map to be released.
Posted By nwcomicgames at 8:34 AM