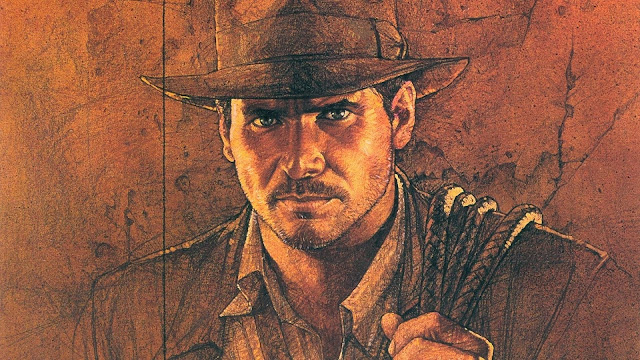 Lucasfilm's untitled Indiana Jones 5 won't be released in theaters on July 10, 2020 as the Disney-owned company had previously announced, according to Variety. Although director Stecen Spielberg himself announced filming would begin in April 2019, Variety cites unnamed sources which say that filming will be "pushed back by months, if not a year."

The Hollywood trade reports that a key issue is that the shooting script has not been finalized, with Jonathan Kasdan reportedly pencilled in - but not confirmed yet - to write a new draft of a previous script by David Koepp.

Disney has not "officially" pulled Indiana Jones 5 off its July 10, 2020 release according to Variety, however.

If confirmed, this would be the second delay of an Indiana Jones film under the Disney era; the film was originally announced to be released July 19, 2019, but in 2017 the film was shifted back to the current July 10, 2020 release.
Posted By nwcomicgames at 6:57 AM