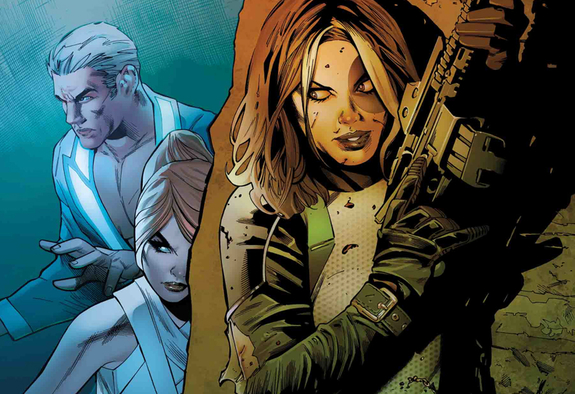 Michael Shelfer has replaced David Baldeon as the artist for August 8's Domino #5. Marvel Comics gave no reason for the change in the announcement to retailers, however the book remains on schedule for an August 8 release.

Shelfer previously assisted on Moon Girl & Devil Dinosaur #24, and was one of TokyoPOP's Rising Stars of Manga in 2005. Baldeon remains solicited for July's Domino #4 and for September's Domino #6.

DOMINO #5
GAIL SIMONE (W) • MICHAEL SHELFER (A)
Cover by GREG LAND
NEENA ON THE RUN ESCAPING!
Topaz and [REDACTED] have upended Domino’s life completely, dragging her ugly Project Armageddon origins out of the shadows for all to see. Now, having been torn down to her very foundation, Domino is confronted with the deepest cut of all: BETRAYAL. There’s a RAT in the henhouse.
32 PGS./Parental Advisory …$3.99
Posted By nwcomicgames at 6:53 AM