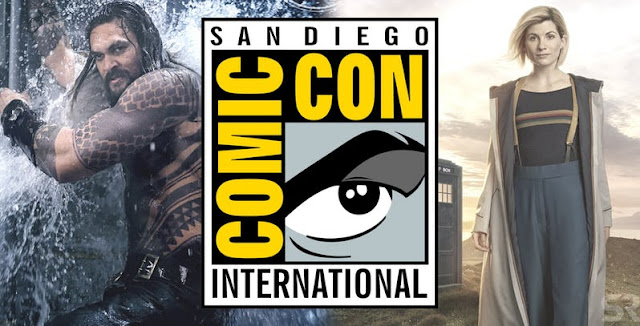 San Diego Comic-Con 2018 starts soon, so we break down all the movie and TV show trailers that are expected to be released over the weekend. Comic-Con International in San Diego is one of the biggest entertainment events of the year. Not only do fans get a chance to meet the creators of their favorite geek-geared media, but movie studios and TV networks bring some of their biggest upcoming projects to show off on the Hall H stage - and generate buzz among the fans and press in attendance. One of the best ways to generate that buzz is to unveil a new trailer or exclusive footage.

This year, Marvel Studios may be skipping Comic-Con, but there are plenty of other movies and TV series - both established and upcoming - that are expected to have a presence during the event. Warner Bros. has their usual Saturday morning panel where they'll preview some of their upcoming releases, while 20th Century Fox will be bringing their previously released X-Men universe movie, Deadpool 2, for a panel and a screening of the extended cut. Plus, The CW's Arrowverse shows will host their own panels and preview the upcoming seasons of their various superhero adventures.

Of course, for those who follow along at home, the trailers are the highlight of Comic-Con - at least, when they're released online. So, with Comic-Con kicking off this week, we look at the lineup of movies and TV shows confirmed to have a presence at the event and predict which ones will debut new trailers. We'll keep this post updated throughout the week as we get more information about what to expect from Comic-Con 2018.
Posted By nwcomicgames at 7:08 AM