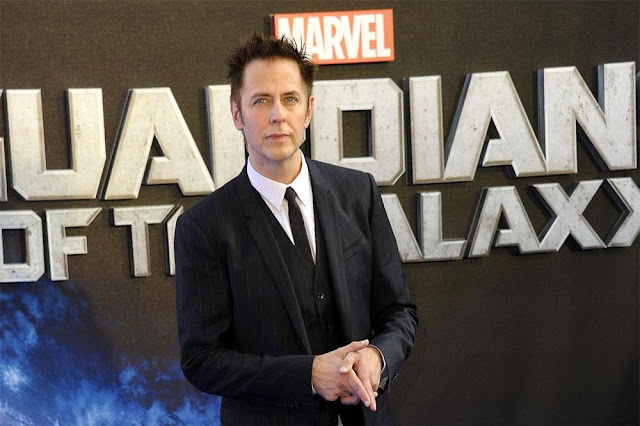 Biggest buzz at SDCC20018 was that James Gunn has been removed as director of the Guardians Of The Galaxy series after a batch of old social media dispatches were unearthed that touched on areas like pedophilia and rape. In the latest shocking #metoo development in the entertainment industry, Gunn was severed from the Marvel Comics Universe after a slew of social media posts he wrote before getting Guardians of the Galaxy surfaced. According to Fox News, they were posted because Gunn is an outspoken critic of President Donald Trump and the effort was to knock him down a few pegs.

Mission accomplished. Gunn has long been a provocateur who has drawn ire in the past for his unusual humor. Among the tweets that forced Disney and Marvel’s hand were: “I like when little boys touch me in my silly place.”

Disney responded quickly and decisively: “The offensive attitudes and statements discovered on James’ Twitter feed are indefensible and inconsistent with our studio’s values, and we have severed our business relationship with him,” said Alan Horn, Walt Disney Studios chairman, in a statement just released.

Disney and Marvel had never announced that Gunn would direct the third installment of Guardians of the Galaxy, but Gunn certainly declared it on social media. And after Guardians of the Galaxy 2 last summer grossed $863 million worldwide, to the original’s $773 million, there was every expectation he would remain at the helm. After all, the sly humor and tone that just crushed his career trajectory helped fuel the irreverently humorous tone of the Guardians franchise.

Posted By nwcomicgames at 9:27 AM