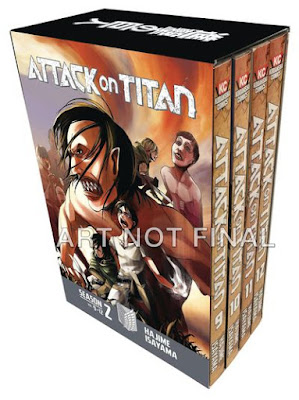 Box set includes Volumes 9 through 12, plus an exclusive book of Attack on Titan short stories never published in English!
Posted By nwcomicgames at 7:45 AM