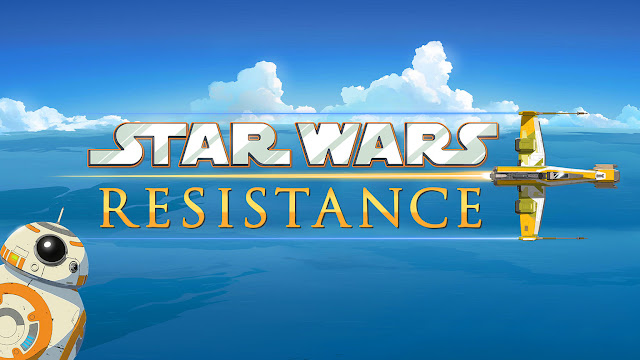 After the end of Star Wars Rebels, fans wondered what era would be explored in the next inevitable animated series from Lucasfilm. When Disney announced Dave Filoni was producing Star Wars Resistance, the question was answered.

But given all of the details and the vast continuity of the Skywalker Saga, many fans had questions about where exactly in the timeline the new series would take place and how close it would be to Star Wars: The Force Awakens. Now, we have our answer.

"Set about six months before The Force Awakens, Star Wars Resistance tells the story of Kazuda Xiono, a young pilot recruited by the Resistance and tasked with a top-secret mission to spy on the growing threat of the First Order."

It should be noted that we were unable to find this text in the meta data of the site's code when we tried to replicate it, but other Reddit users are posting screenshots of different variations of the code appearing in the text.

However, given that it's since been removed, it could be that Lucasfilm ordered their web designers to make the change right away, whether they didn't want this plot point getting out or whether it has since been discarded as they put the final touches on the series ahead of its premiere.

Given how rabid Star Wars fans are over any piece of information, this could shed light on how the series fits into the overall narrative. And since we know Star Wars Resistance will be a shorter series with a limited episode count, the question of it exploring the time between The Force Awakens and The Last Jedi seems unlikely.

But even so, this is not really a major shock given the presence of Poe Dameron and Captain Phasma, who both have prominent roles in the Resistance and the First Order respectively. We know the characters are relatively young, so it wouldn't really make sense to set this series at any other time.

Regardless, Star Wars fans are have one more clue to help puzzle this vast tapestry together. We'll learn more when Star Wars Resistance premieres on Sunday, October 7th at 10 pm ET on the Disney Channel and Disney Now.
Posted By nwcomicgames at 6:14 AM