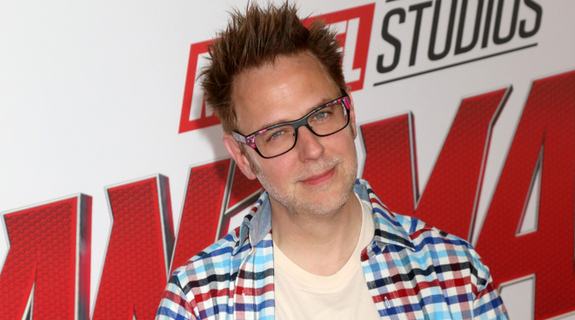 Well, the ongoing saga of James Gunn's firing from Guardians of the Galaxy Vol. 3 by Disney isn't over yet, as Marvel Studios is lobbying Disney to rehire the writer/director for the planned sequel, according to Deadline.

Just last week it was reported by unnamed sources close to Disney that Gunn's rehire was "unlikely." However, It was later reported that Gunn's script was still potentially going to form the basis of the film.

Here's how Deadline's Mike Fleming, Jr. describes the reportedly casual negotiation: "I’m told it’s a discussion that comes in the wake of the whole cast declaring their loyalty to Gunn, whose abrupt exit has put a thriving film franchise in a rocky place. One would have to label this 11th hour approach to be a long shot, but the community is talking about it."

This ties the reported chance for Gunn's return directly to a letter signed by the entire principal cast of the film in support of Gunn, along with comments by Drax actor Dave Bautista that he'd attempt to exit the film if Gunn's script were not used and that he'd be reluctantly just fulfilling his contractual obligation if another director is hired.

Gunn was fired from the film in July when offensive tweets he made prior to working with Disney resurfaced.

Your thoughts?
Posted By nwcomicgames at 5:34 PM