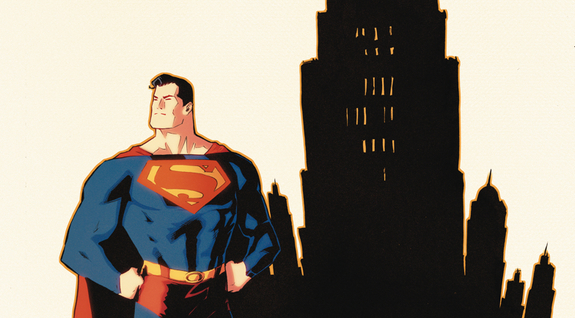 Brian Michael Bendis has no plans to leave Action Comics any time soon, according to the writer - but his creative partner, artist Patrick Gleason, is moving on from the title.

However, according to Bendis, the pair will team up again for a "major" project debuting some time in the future.

Bendis offered no other information about what the project may be. If his use of the word "major" is a clue, he could be referring to several DC Comics characters, including Major Disaster, Major Force, and Major Bummer - a cult 90s hero co-created by Peter Tomasi, with whom Gleason has worked for many years.

Gleason's final solicited issue of Action Comics is August 22's #1002, though he will remain on covers for the series at least through October's #1004.
Posted By nwcomicgames at 7:21 AM