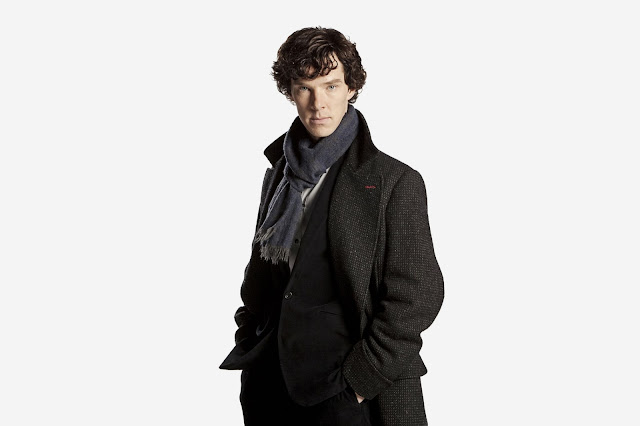 Stephen Moffat and Mark Gatiss’ Sherlock, BBC One’s spin on Arthur Conan Doyle’s iconic detective starring Benedict Cumberbatch and Martin Freeman, returned for its fourth season in 2017. Now there’s a glimmer of hope that another season may be on the way sooner than fans expected.

The hint comes from an unexpected source. Chris Georgiou runs a business Speedy’s Cafe that has been featured in exterior shots of Sherlock and Watson’s Baker Street apartment on the show. Georgiou’s business has also provided the cast and crew with food and drink between takes and he’s become close to those involved with the production.

According to Time Out, Georgiou may have let slip that Sherlock’s production is getting set to begin again.

“I probably shouldn’t be saying this,” Georgiou told Time Out, “but I’ve heard they’ll be coming back for a fifth season.”

It is unclear exactly what that means. Georgiou doesn’t reveal how or from whom he heard that information, and so it’s impossible to parse whether this is vaguely wishful thinking on the part of the producers or hard plans being made.

What we do know is that Moffat, who just exited his position as Doctor Who showrunner, and Gatiss are keeping busy. The duo will continue to renovate classic genre literature by creating a new Dracula drama and Moffat is adapting The Time Traveller’s Wife for HBO. Between their busy schedules and the equally busy schedules of the show’s stars, fans may not want to get their hopes up too high.
Posted By nwcomicgames at 9:33 AM