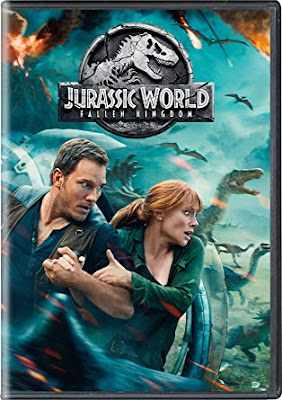 Jurassic World: Fallen Kingdom (2018)
Language: English
Genre: Action
MPAA rating: PG-13
Director: J.A. Bayona
Actors: Chris Pratt, Bryce Dallas Howard, James Cromwell
Plot: Four years after the events of Jurassic World, the dormant volcano on Isla Nubular has come back to life, threatening to wipe out all the remaining dinosaurs on the island. A team, led by Owen and Claire return, hoping to save as many creatures as possible, including Blue, the raptor Owen raised, but even as they work, a new, man-made threat arises that could upset the balance of life as we know it.
Posted By nwcomicgames at 6:51 AM