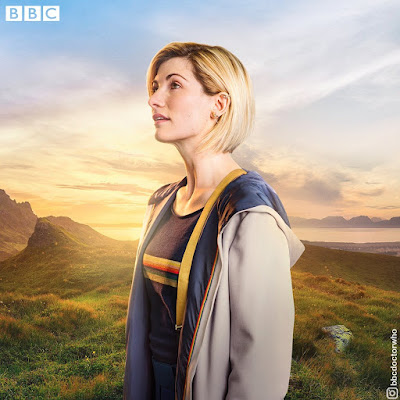 Yesterday, BBC's new Doctor Who season, starring Jodie Whittaker as the 13th Doctor, will premiere on BBC America on October 7, the same date as the show's United Kingdom premiere.

The premiere, titled "The Woman Who Fell To Earth," will also mark the first episode of Doctor Who from new showrunner Chris Chibnall.

Following its October 7 premiere, Doctor Who will air Sunday nights on BBC America, a new night for the show. No specific air times for the premiere or regular broadcasts have been announced.
Who's excited?
Posted By nwcomicgames at 6:54 AM