Weekend Headlines - The Darkness Is Back 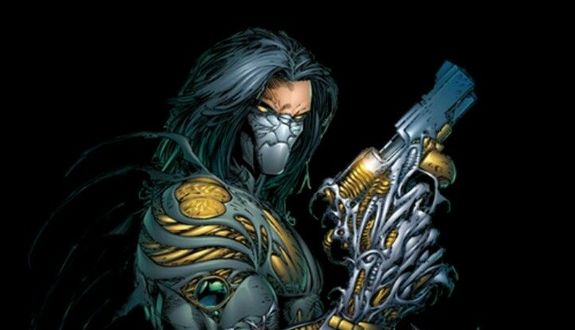 Top Cow is developing a new The Darkness series, anticipated to launch in 2019. Company publisher Matt Hawkins is writing the series, with Tom Grindberg drawing the book. Created in 1996 by Marc Silvestri, Garth Ennis and writer/editor David Wohl, the Darkness grew quickly from a supporting character in Witchblade to becoming a star on his own in later that year with the launch of his ongoing series.

Headlined by Ennis on story and Silvestri on art, The Darkness series was a major hit out of the gate for Silvestri's Top Cow imprint of Image, being a consistent Top 10 seller in 1997. But they capped it off in a major way when December's The Darkness #11, with the help of 11 variant covers, became the highest selling book of the month and of 1997 in total.

1997's The Darkness #11 sold an estimated 357,006 copies according to Comichron, leaving the next highest seller that month - a relaunched Avengers #1 by Marvel - in the dust with nearly twice as many sales.
Posted By nwcomicgames at 8:57 AM