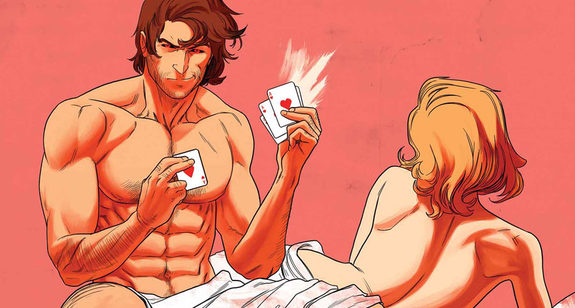 So the rumor is that Producer Simon Kinberg says 20th Century Fox's planned Gambit film will embrace a genre its star, Channing Tatum, is no stranger to - romantic comedy.

"When you look at Gambit, he’s a hustler and a womanizer and we just felt like there was an attitude, a swagger to him, that lent itself to romantic comedy," Kinberg told IGN.

But before you start expecting a montage of Gambit trying on wedding tuxedos, Kinberg goes on to clarify that the film will still be squarely rooted in the superhero genre.

"You know, when I say 'romantic comedy,' I use that term loosely, in the sameterm western for Logan loosely," he elaborated. "It’s not like they’re gunslingers at high noon in Logan. It’s just a vibe. And I would say the vibe of Gambit has a romantic or sex comedy vibe to it. While it is also still very much a superhero movie with villains and heroes, as all these movies are."

And, according to Kinberg, the film already has a script with an eye on moving into production "early next year." No director is currently signed to the film. In May, Kinberg said the studio was meeting with directors in the hopes of starting production over the summer - a timeframe which has since passed. No current projected release date for Gambit has been announced.
Posted By nwcomicgames at 8:22 AM