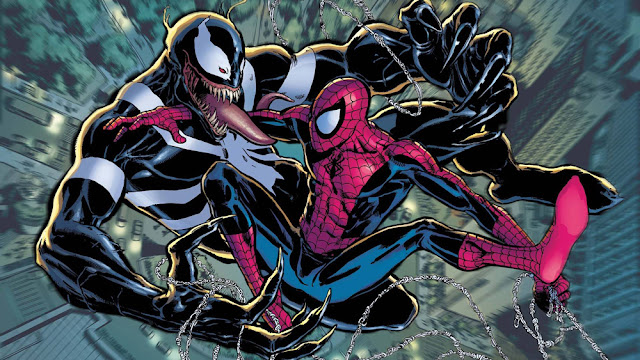 Venom director Ruben Fleischer says he thinks a big screen crossover between Venom and Spider-Man is "inevitable" - even though Venom isn't technically connected to the Marvel Cinematic Universe.

"I think we laid the ground work in this film for a pretty fun match-up in the future so I think that'll be a really exciting story to explore," Fleischer told ScreenRant. "But I'd be lying if I didn't say I'd love to see him face-off against Spider-Man at some point. It feels like that's inevitable and I know that Tom Holland's excited about it, and I know that Tom Hardy's excited about it so it's just a question of when and where, I guess. That seems like the natural evolution."

However, there's a catch - Fleischer doesn't know if Venom himself would fit into the Marvel Cinematic Universe at large.

I don't know about that," Fleischer admitted. "I do know that we want to see these character interact. As to the semantics as to where it takes place it's not for me to decide but it feels like there's a way everyone can co-exist in it in a satisfying way."

This may imply that Sony's Spider-Man extended film universe could co-exist alongside the MCU without directly touching it, similar to the relationship between Marvel's films and TV shows.

Venom opens in theaters October 5.
Posted By nwcomicgames at 8:52 AM