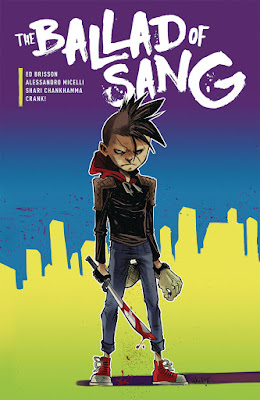 THE BALLAD OF SANG
Hit writer Ed Brisson (Old Man Logan, Cable) and newcomer Alessandro Micelli present a homage to Takashi Miike films with THE BALLAD OF SANG, the story of a child assassin raised in violence and out for revenge after his master is murdered. When a mistake on a job brings the wrath of Don Minchella down on him, Sang barely escapes with his life. While Sang swears revenge for his fallen mentor, every gang in the city mobilizes to return him to Minchella... dead or alive.
In Shops: Mar 06, 2019
$19.99
Posted By nwcomicgames at 7:30 AM