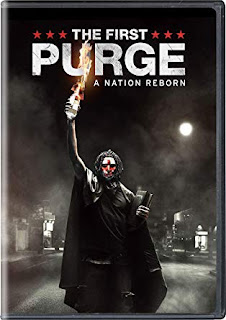 The First Purge (2018)
Language: English
Genre: Action/Horror
MPAA rating: R
Director: Gerard McMurray
Actors: Jermel Howard, Patch Darragh, Y'lan Noel
Plot: With the rise of a third political party, dubbed the New Founding Fathers of America, a social experiment will take place on Staten Island where, for 12 hours, all crime will be legal. While no one is required to stay, $5000 is offered for each who participates but behind the scenes a more sinister experiment is taking place. 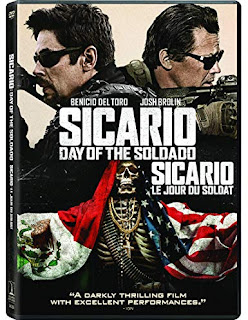 Sicario: Day of the Soldado (2018)
Language: English
Genre: Action/Crime
MPAA rating: R
Director: Stefano Sollima
Actors: Isabela Moner, Josh Brolin, Benicio Del Toro
Plot: The drug war on the U.S.-Mexican border has never been deadlier. As cartels rule by fear and violence, they begin to traffic terrorists across the border. In order to stem this tide, federal agent Matt Graver re-teams with the unconventional Alejandro in hopes of making a difference.
Posted By nwcomicgames at 7:04 AM