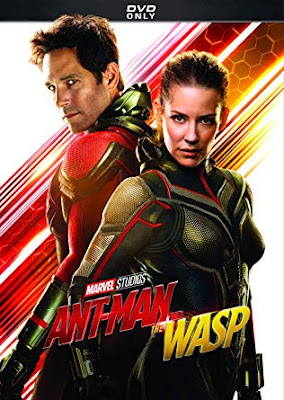 ANT-MAN & WASP (2018)
Language: English
Genre: Action/Sci-Fi
MPAA rating: PG-13
Director: Peyton Reed
Actors: Paul Rudd, Evangeline Lilly, Michael Douglas
Plot: Scott Lang is doing his best to balance being a hero with being a good husband and father. Professor Pim and his daughter, Hope, have been on the run, aided by their tech and a new enhanced suit. Their paths will cross when an urgent new missions arises, one that will uncover secrets from both their pasts.
Posted By nwcomicgames at 6:19 AM