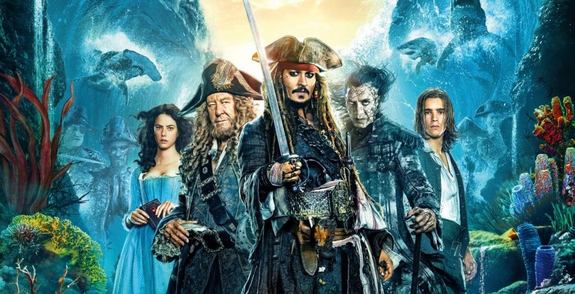 Deadpool writers Rhett Reese and Paul Wernick are in "early talks" to write a reboot of Disney' Pirates of the Carribean franchise, according to Deadline.

Long-time Pirates producer Jerry Bruckheimer will continue on the franchise according to the Hollywood trade, however actor/producer Johnny Depp's involvement is reportedly undetermined.

The five Pirates films earned a combined $4.5 billion at the worldwide theatrical box office for Disney.
Well, what to see what happens?
Posted By nwcomicgames at 6:42 AM