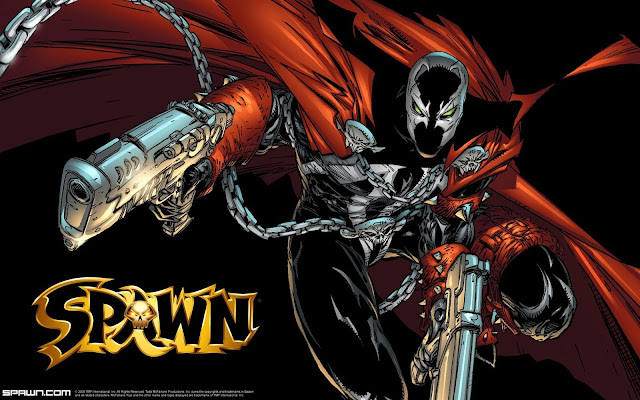 Spawn creator/director Todd McFarlane has announced that his currently in-production film is planned as the first in a trilogy of movies.

The announcement came during McFarlane's spotlight panel at New York Comic Con 2018, where McFarlane discussed what he's got in store for the film, which stars Jamie Foxx as Al Simmons/Spawn.

"My defintion of dark and scary is different from other people," McFarlane said of his psychological approach to Spawn's horror movie style. "I don't see a lot of kids in the crowd today, I am making this movie for YOU! I like all these superhero movies and we've had these tastes before so I just want to give something different. I hope there's a hunger for what I want to give that is definitely dark."

Spawn is currently in production for a 2019 theatrical release.
Posted By nwcomicgames at 6:13 AM