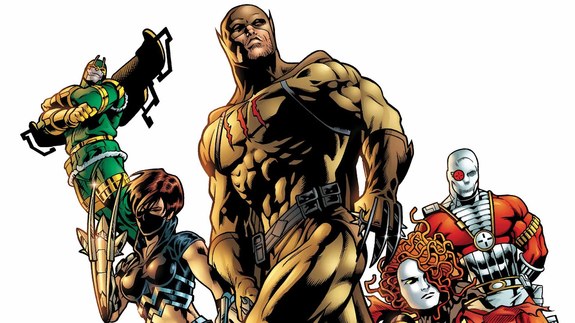 DC Comics' Secret Six is in development for television at CBS with a production commitment, according to Variety.

The Hollywood trade describes the show as being about "six morally ambiguous strangers, each with their own unique specialties and secret pasts" who are "brought together by an enigmatic figure who blackmails them into working as a team to expose the corruption of the corporate and political elite."

In comic books, the original Secret Six concept involved a group of covert agents working on secret missions at the behest of an enigmatic figure named Mockingbird. The modern concept of the team involves groupings of supervillains reluctantly working together to survive, and has included members such as Deadshot, Catman, Scandal Savage, Bane, Ragdoll, and more.

No timeframe for Secret Six was reported.
Posted By nwcomicgames at 7:18 PM