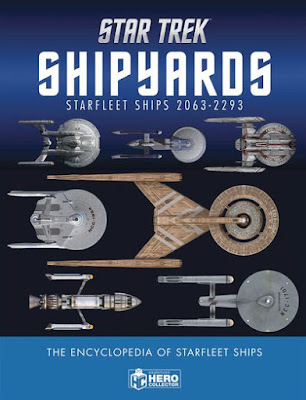 Star Trek Ency Starfleet Starships 2151 - 2293 W Collectible $49.95
Never before has a chronological history of all the Starfleet ships featured in the Star Trek television programs and films been made available to the dedicated fan base of Star Trek. This first volume of the series presents the technical information, service history, and artwork, sourced from the original visual effects models, from the hit television series Star Trek: Discovery through the film Star Trek: Generations and comes packaged with a diecast collectible model of the iconic USS Enterprise from the original 1966 television series.
Posted By nwcomicgames at 6:42 AM