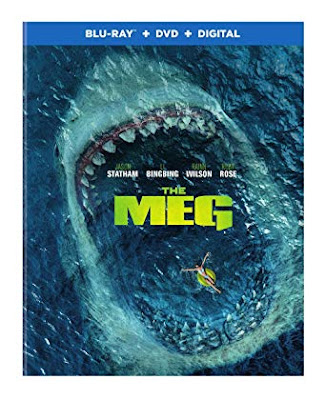 The Meg (2018)
Genres: Action, Horror
Rating: PG-13
Language: English
Theater Date: 08/10/2018
Director: Jon Turteltaub
Actors: Ruby Rose, Jason Statham, Rainn Wilson, Cliff Curtis, Bingbing Li, Robert Taylor
Plot Outline: Jonas Taylor has lost everything - dishonorably discharged, divorced and disgraced - all because of an incident five years ago at the Mariana Trench, one that resulted in him leaving behind half his crew. His explanation is incredulous - the most dangerous marine predator to exist, extinct for over a million years, appeared in the form of a 70-foot behemoth that attacked, forcing him to abort the mission to survive. Present day, a new mission, including his ex-wife, is trapped at the bottom of the ocean in a submersible and he is called to save them. It's dangerous mission, complicated by the re-appearance of the beast.
Posted By nwcomicgames at 6:39 AM