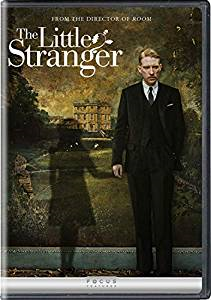 The Little Stranger (2018)
Language: English
Genre: Drama/Horror
MPAA rating: R
Director: Lenny Abrahamson
Actors: Domhnall Gleeson, Ruth Wilson, Charlotte Rampling
Plot: Dr. Faraday has risen from the son of a housemaid to a respected country doctor. In the summer of 1947 he finds himself called to Hundreds Hall, home to the Ayers family and a place his mother once worked. The stately manor, home to the family for two centuries, is now well into decline and the three inhabitants - mother, son and daughter, cling to their way of life. But Dr. Faraday is about to encounter something medicine cannot fix - and discovers a strange connection to his past.

Posted By nwcomicgames at 6:29 AM