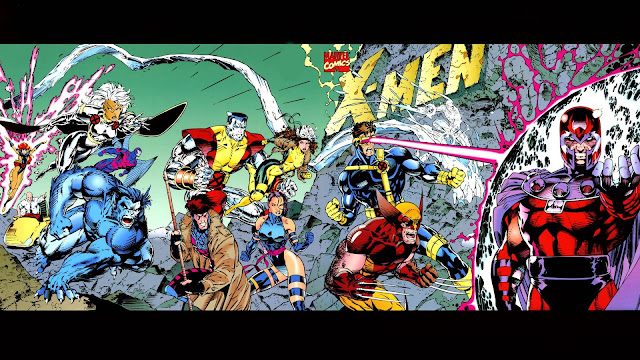 Marvel has now released two cover teases for the eleventh and twelfth issues of Uncanny X-Men, the first issues to follow the “Disassembled” story. The issues are written by Matt Rosenberg, one-third of the “Disassembled” writing team, and feature art and covers by frequent X-Men artist Salvador Larroca.

So there are a few things to unpack from those two covers alone. First, is Cyclops back? He’s been dead since the events of Death of X following Secret Wars. Even his time-traveling younger self is dead now. The cover to Uncanny X-Men Annual #1 seemed to hint that Cyclops would be making a comeback. His presence on these two covers seems to back that idea up.

And yes, Wolverine has been dead recently as well, but he’s making his comeback in the pages of The Return of Wolverine. Perhaps this is the moments he finally rejoins the X-Men...or what’s left of them.

So what happened to the other X-Men? We may have a clue in a series of other cover reveals and announcements from Marvel that invite fans to “Enter the Age of X-Man.”

Marvel announced six different five-issue miniseries releasing under the “Age of X-Men” banners: The Marvelous X-Men, Nextgen, The Amazing Nightcrawler, The X-Tremists, Prisoner X, and Apocalypse and the X-Tracts.

The marketing and logo for the Age of X-Man event are all evocative of Marvel’s 1995-1996 Age of Apocalypse event, which sent all of the X-Men into a dystopian alternate reality and replaced the entire X-Men comic book line with a new line of four-issue miniseries. In fact, that alternate reality is where X-Man himself, Nate Grey, is originally from. We know that X-Man is involved in the “X-Men: Disassembled” storyline. Could he create a new alternate reality in the same manner?
Posted By nwcomicgames at 6:51 AM