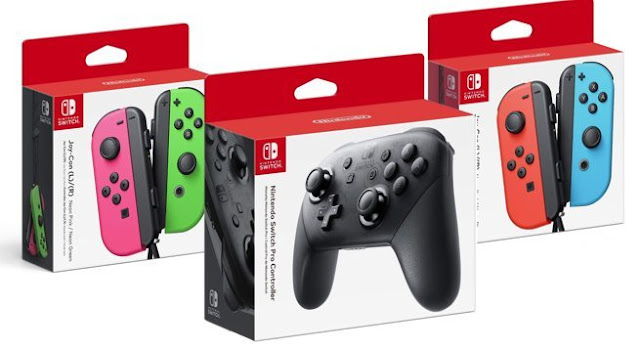 Naturally, the Nintendo Switch is going to be one of the most popular gifts this holiday season, so Amazon is swooping in with Cyber Monday deals on some of the extras that every Switch owner needs. Let's start with extra controllers:

Nintendo's Pro Controller is the best way to play games on the Nintendo Switch. In fact, it's one of the best controllers on the market period. It has everything - excellent ergonomics, motion controls, HD rumble, amiibo functionality, and epic battery life (up to 40 hours). That would explain the standard $69.99 price tag. However, Amazon's Cyber Monday deal on the controller brings the price down to only $50.99, which is the lowest price that we've ever seen on it. Amazon has also discounted the price of numerous Joy-Cons, with most dipping below $60 after a standard discount and bonus deal at checkout. That's another all-time low. They've even discounted the Nintendo Switch dock to only $59.49 after a standard 22% discount and bonus $10.50 coupon.

On a related note, Amazon dropped the biggest sale on SanDisk microSD cards that we've ever seen during the week of Black Friday. It was a boon for anyone that owns (or will own) a Nintendo Switch because the meager amount of onboard memory is wildy insufficient if you plan on downloading games. If you missed the original sale, we have good news - it's (mostly back)!