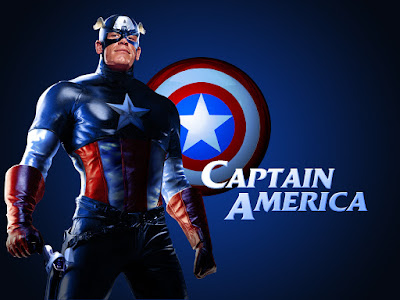 Could WWE superstar John Cena be the next Captain America? Thanks to a cryptic social media post, there is currently talk about that idea. It hasn’t taken long for popular fan artist BossLogic to jump on the idea. BossLogic created a version of what Cena could look like as Captain America. While the costume in the image is uniquely Cena’s, fans will note that you cannot actually see Cena wearing it.

Speculation about the future of Captain America began when Chris Evans posted an emotional farewell to the character. "Officially wrapped on Avengers 4. It was an emotional day, to say the least," Evans tweeted. "Playing this role over the last 8 years has been an honor. To everyone in front of the camera, behind the camera, and in the audience, thank you for the memories! Eternally grateful."

Evans later provided some more context to the tweet, hoping to soothe those who felt his post spoiled Cap’s fate in Avengers 4. "I should clarify that I know I did tweet something that made a lot of people think that it was in some way a spoiler," Evans said. "I should clarify that regardless of how Avengers 4 ends, I would have tweeted the exact same thing. That last day of filming was a very emotional day and it was the culmination of almost 10 years of filming and 22 movies, this unbelievable tapestry.

"You feel a lot more emotions than I think even I thought I'd feel. And I felt it was appropriate to share the gratitude. I know it had a ripple effect but I am neither confirming or denying anything."

Should Captain America fall, there are two successors from the Marvel Comics universe who could wield the shield. Cap’s old partner Bucky Barnes, aka the Winter Soldier (Sebastian Stan), became Captain America in the comics after Steve Rogers’ death. The Falcon, Sam Wilson (Anthony Mackie), took the mantle when the super soldier serum wore off, rendering Rogers unable to continue in the role. The Winter Soldier and Falcon series reportedly in development could address this issue.

It is unclear who Cena would even play if he did become Captain America. It is unlikely that Marvel would simply recast Steve Rogers. Perhaps Cena could play John Walker, the replacement Captain America who later became US Agent.