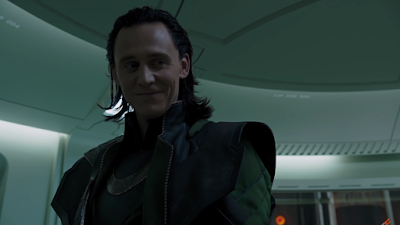 With Tom Hiddleston's return as Loki now locked in , the fan favorite actor has commented on what's to come - in a typically Loki-esque fashion.

Hiddleston will anchor his own show on the upcoming Disney+ streaming service, though the show's story is unclear. As of Avengers: Infinity War, Loki is presumed dead, having been killed in combat with Thanos.

Loki's death could stand if the show is a prequel as is the case with the recently announced Star Wars: Cassian Andor TV series.

No premiere date for Loki has been announced. Disney+ is expected to debut in late 2019.
Posted By nwcomicgames at 9:27 AM