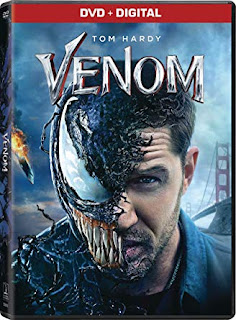 Venom (2018)
Language: English
Genre: Action/Sci-Fi
MPAA rating: PG-13
Director: Ruben Fleischer
Actors: Tom Hardy, Michelle Williams, Jenny Slate
Plot: A driven reporter on a crusade investigates the actions of the Life Foundation thanks to information from a whistleblower, But his investigation puts him in direct contact with an alien symbiote, one that transforms him into the deadly Venom. Soon his is taking much more direct action against the villainous company even as he tries to keep his sanity. 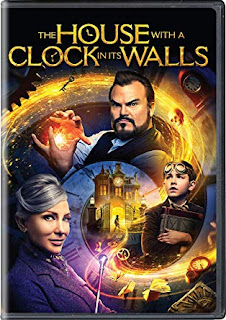 The House With A Clock In Its Walls (2018)
Language: Dutch
Genre: Fantasy/Horror
MPAA rating: PG
Director: Eli Roth
Actors: Cate Blanchett, Owen Vaccaro, Jack Black
Plot: After the death of his parents, the young Lewis Barnavelt is sent to live with his uncle in Michigan. But he soon finds this new life will be anything but boring when he discovers his uncle is also a powerful warlock. Introduces to the world of sorcery and magic, it seems life has finally given him a winning hand. That is, until, he learns his uncle's home is holds a powerful dark artifact - a clock counting down to the end of the world. The dark warlock, Isaac Izard, built it before his own death - and now his widow, Selena seeks it out to complete her husband's dark work.
Posted By nwcomicgames at 6:29 AM